To provide the feel and give an insight into the subject matter of the feature film about Walter Tull, 1888-1918, the first Black infantry officer in the British army and footballer for Tottenham Hotspur, Northampton Town and Clapton

A short documentary on the history of Black footballers in Britain. First broadcast on BT Sports, November 2013 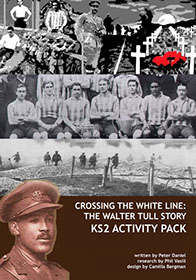 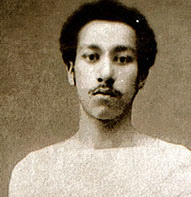 In 1886, aged twenty, Accra-born Arthur Wharton became Amateur Athletic Association 100 yards champion, setting the first world record for the event at ten seconds even. In the same year he signed as goalkeeper for Preston North End, the Manchester United of Victorian football. The following year he successfully defended his AAA title. Turning professional he won the ‘world professional championship in Sheffield in 1888. Thus, for three years, Wharton was arguably the fastest man in the world. Understandably, not every athlete fancied running against him. Overhearing a competitor complaining about having to run against a ‘nigger’, Wharton offered to box him if he preferred. The offer was swiftly - and sensibly – declined.

As well as athletics and football, he played professional cricket, cycled and dabbled in rugby becoming one of the most remarkable athletes of his generation.  In a letter to Sheffield paper in the 1940s the writer recalled Wharton’s imaginative interpretation of goalkeeping: in a match for Rotherham against Sheffield Wednesday in the 1890s, he swung from the crossbar, caught the ball between his legs, causing three onrushing forwards to charge into the net.

Wharton  was a larger than life character, fathering two children with his wife’s sister. Yet, it is his all-roundedness, in life and sport, that makes him such a fascinating and human character. He embodies our dreams, hopes, foibles and weaknesses. His life is a metaphor for both excellence and weakness and, as such, it is a testament to our common humanity, irrespective of class, colour, ethnicity, religion and gender. 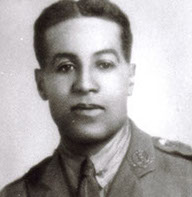 Images from the history of Black footballers in Britain

A clip from the BBC FOUR documentary of the history of Black footballers in Britain, Black Flash, featuring Arthur Wharton and Walter Tull

Tull's exceptional talent as a footballer led to him being signed by Tottenham Hotspur in 1909. His achievements on the pitch, as both a sportsman and a gentleman, were recognised in the press by one journalist, reporting on a match against Manchester United, who stated "Tull is so clean in mind and method as to be a model for all white men who play football whether they be amateur or professional."

When the Great War broke out in 1914 Tull signed up and soon demonstrated a natural flair to lead and inspire on the battlefield. Despite military regulations forbidding "any negro or person of colour" being an officer, Tull's heroism in battle was rewarded in may 1917, overcoming racial prejudice and becoming the first black combat officer in the British Army.